CRESSKILL – It’s been a few years since they kissed the grass in Cresskill after such a delicious win.

Cougars quarterback Aidan Feulner ran for 144 yards and four scores, and Tim Coffey added 107 on the ground as the Cougars defeated No. 7 Hasbrouck Heights, 35-14, Thursday night in the season opener for both teams.

“It tasted great,” said Feulner about the grass-kiss tradition. “Nothing is sweeter than winning against Heights who has a great program. It was great to get them.”

The Cresskill victory stopped the Aviators 15-game winning streak and was also the first time the Cougars had beaten Hasbrouck Heights since 2006.

The win gives Cresskill an early head start in the NJIC Meadowlands race. Remember, in the NJIC, its basically a six-game season as you play every team in your division, and then the winner advances to the conference semifinals.

Two years ago when Cresskill’s quarterback was injured against the Aviators, Feulner had to step in and play most of the Aviators 34-0 win.

Thursday night, he showed how much he’s grown. The left-hander ran hard between the tackles and completed eight passes for 108 yards. He showed speed and made good decisions.

“We’ve gotten to the point that we aren’t coaching effort,” said Quinn. “We are coaching execution and our guys are good. They worked their butts off this week.”

The Cougars defense clamped down on Hasbrouck Heights in the second half, only allowing them one first down until there were under three minutes left in the game. Offensively, Cresskill went exclusively to the running game, not attempting as pass in the fourth quarter.

Feulner scored on a 12-yard sweep with a nifty spin move to put Cresskill ahead 21-14, then Coffey capped a long drive with a two-yard burst with a minute left in the third quarter.

Cresskill clinched it with a seven minute drive that was 12 straight running plays and ended with a Feulner sneak to make it 35-14.

Feulner also had an interception in the fourth quarter…..Matteo Ochoa had a sack for Hasbrouck Heights…Rocco Minichello had a 17-yard touchdown run for the Aviators in the second quarter….Cresskill wide receiver Mark McDermott had two crucial catches for the Cougars, including an 11-yard gain on fourth and eight…Jerry Makris had a sack for Cresskill…Dan Ferrara had a sack and batted down a pass for the Cougars….The game was played after the Cresskill ceremony where the track ringing Arch Shaw Field was formally named for long-time track coach Rich Miller.

Cresskill is at Becton next Friday night, while Hasbrouck Heights travels to Saddle Brook next Saturday afternoon.

“We are not ready to stop. We have a big game against Becton next week and we’re going to keep it rolling,” – Aidan Feulner. 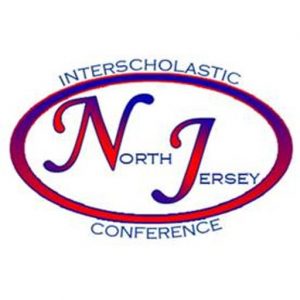