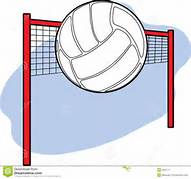 The NorthJersey.com local sports reporters are looking back on the greatest games the region has ever seen. We’re inviting coaches and former athletes to share their best memories too.

Before Beth Del Vecchio became athletic director at Cresskill in 1999, she had a successful run as an AD and multi-sport coach at Paramus Catholic.

Del Vecchio coached the Paladins’ girls volleyball team from 1987 to 1994 and reached the Group 4 final all eight years.

Del Vecchio won five Group championships, as well as five Bergen County titles. Her choice for her most memorable victory in NorthJersey.com’s “Greatest Games” series is her first of those 10 crowns, the Group 4 title in 1988.

“It was so exciting,” said Del Vecchio, who created a stir a decade earlier by playing on the boys’ soccer team at Saddle Brook High School via Title IX. “Volleyball was not even my sport, so it was all very new to me, and I was still learning. I was really becoming a student of the game.”

Paramus Catholic’s 1988 team picked up steam as the season progressed, an unseeded squad reaching the Bergen County final, then the No. 5 seed rallied to win the Group 4 crown over Hackensack, 13-15, 15-9, 15-1. That earned Del Vecchio Coach of the Year by the Bergen County Women Coaches Association.

The Paladins only had two senior starters in their 6-2 attack, setter/hitters Susan Hardek and Karen Rupich. Hardek was the primary setter, a communicative and emotional leader who had 114 sets in the three games. Rupich saved her emotion until after the match and had 59 kills under the old side-out rule in which only the serving team could score a point.

“Sue, by far, she dictated everything. And they just complemented one another, because Rupich was more of your quiet leader who did by example, whereas Sue, she did by example, and verbally, and she was so outgoing.”

“The momentum began the year before, and then the excitement continued. And even though we only had two senior starters, we had such a wealth of young athleticism and potential talent. And many of those kids got involved with club volleyball and started committing themselves year-round, because they got the bug. They loved it so much.

Paramus Catholic became a juggernaut in the early 1990s, winning Bergen County and Group titles in 1990, 1991, 1992 and 1993 and going unbeaten against New Jersey competition during those four years. Multiple players from that 1988 team helped start that unbeaten streak.

The kids, the families, everybody was just having so much fun and loved it that they just got involved with club programs because they wanted to get better and play and that’s what continued the success of the program over the years.”

It helped that Del Vecchio was a stellar in-school recruiter. On registration day, she kept her eyes peeled for athletes and invited them to give volleyball a try.

“Sometimes we would get kids who wanted to play basketball, and then on registration day, I would be in the cafeteria. And if I saw a real big kid, I would approach the family and talk them with and see if they would be interested in trying it. I always would say, ‘Try it and have fun with it.’ It’s always good to be well-rounded and get away from the specialization.”

Del Vecchio was AD at Paramus Catholic from 1987 to 1999, but she had to step down as volleyball coach after the 1994 season because AD duties were about to expand; a parochial school that had kept its girls and boys separated was about to combine into one co-ed school with one athletic program.

“For me, that was the best time of my career, just because there’s nothing like the camaraderie and the relationships that you develop with the players and their families.”

Mattura is a high school sports reporter for NorthJersey.com. For full access to live scores, breaking news and analysis from our Varsity Aces team, subscribe today. To get breaking news directly to your phone, sign up for our newsletter and download our app.      Email: mattura@northjersey.com Twitter: @gregmattura

Thinning Hair? Use This Shampoo, See What HappensCel|

This Pillowcase is Quickly Becoming The Must-Have Gift of 2020Blissy|

Deal of the Day

View Deal
Recommendations are independently chosen by our editors. Purchases you make through our links may earn us a commission.

These NJ restaurants have permanently closed due to COVID-19LIFE 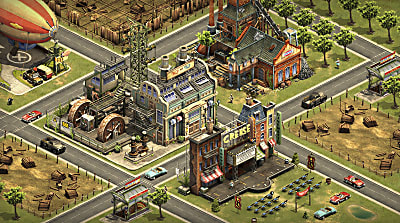 If You Like to Play, this Strategy Game is a Must-Have. No Install.Forge Of Empires|

How To Cool Any Room In MinutesBlaux Portable AC|

1 Cup of This Helps Rapid Fat LossMetabolic Greens Plus|

Skip the Doctor and Upgrade to the World’s Smartest CPAPhttps://blog.easybreathe.com|

30 Creative Tips Every Gardener Should Know!BetterBe|

MacroBites: Trio got out of prison and started Neptune meal prep businessMONEY

These NJ restaurants have permanently closed due to COVID-19LIFE