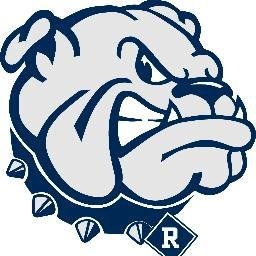 The Bulldogs defeated NV/Demarest, 3-1, in a major upset in the Northeast Group 2-B championship game Saturday morning, after scoring three quick goals at the start of the second half against the No. 1 seed.

Rutherford secured its comeback after pushing hard in the first 20 minutes of the second half, creating a deficit too large for NV/Demarest to overcome.

The Bulldogs, long a strong contender in North Jersey postseason play, were down 1-0 at the start of the second half. They brought on the heat and capitalized off a foul near the center of the field early in the second half.

Rutherford kept the pressure on and quickly scored two more in a matter of minutes. The Norsemen, who had several opportunities after the three-goal lead, were unable to finish their chances and get the ball past the goalkeeper.

The Norsemen were seeded first coming into the playoffs and were also vying for their first sectional title under new head coach Robert Romeo. The team, which has 13 graduating seniors, had their own historic season amid this year’s pandemic.

“The bars set pretty high now, so the standards and what’s expected amongst this program is very high,” Romeo said after the game. “We graduate 13 seniors. We have a lot of underclassmen – very skilled, passionate players and they care about each other. We plan to pick up right where we left off and be here again.”

Of his team and graduating seniors, Romeo added: “They are one respectful, caring group of boys for each other and this program. I couldn’t be prouder of them.”

This victory marks the first sectional win in program history for the Bulldogs.

Although Rutherford has long had a strong boys soccer program, with several runs deep into the postseason, this is the first time the team has made it this far, said Randazzo, who has been with the team for 16 years.

“Our program has been phenomenal for years. We’ve had some very near misses and semi-final losses to [penalty kicks] and things like that,” Randazzo said. “We lost to these guys [NVD] twice in the Bergen Cup. They got us last year here on this very same field, and then went on to win it. We’ve had sort of a friendly rivalry with these guys recently in a lot of these tournaments.”

Randazzo expects the team, which ended its season 7-2-2, to continue working hard. “We’re going to continue training, but it’s nice to finally get one, he said.

The Norsemen were dominating play in the first half of the championship game. But the Bulldogs took advantage of a free kick early in the second half that set the momentum for the remainder of the game.

After trailing 1-0 when the second-half whistle blew, about 10 minutes into the half, the referee issued a yellow card against NVD’s Alexandros Paliouras. The foul resulted in a free kick, and that’s when Rutherford’s senior forward Steven Carino found the ball and put it in the back of the net to equalize the match. Carino, minutes later, scored another goal, putting the Bulldogs ahead.

The Bulldogs cemented their lead after a forward Kevin Alves dribbled up the left side of the field and found an opening in the box. He passed the ball low in front of the net, and that’s when midfielder Chris D’Ambrosio scored Rutherford’s third and final goal.

Both teams kept the pressure up for the remaining 20 minutes of the match. But the lead proved too large for the Norsemen to come back from.

“We knew we were just playing good in the first half, but just not our best potential. We knew that once we scored the first goal, it would be our game.” – Henry Gomes, senior, center defensive mid and team captain

“In that moment, it just kept giving me hope that we were going to win this game and the confidence that we, as a team, could finish the game off and win sectionals.” – Steven Carino, senior, forward, who scored the first and second goal for the Bulldogs

“You can’t put the season on wins and losses, it’s about what you did together – and we’ve had a lot of enjoyable moments together throughout the year that we will always remember. And hopefully these guys can think about the good things, and not just this loss.” – Robert Romeo, NV/Demarest head coach