Each year, the NJSIAA conducts their Annual Scholar-Athlete Luncheon. Every school sends one representative to attend who has been selected as their scholar-athlete award winner. Unfortunately because of the pandemic, the NJSIAA was forced to cancel this year’s event. The North Jersey Interscholastic Conference traditionally sponsors one scholarship, but this year we are happy to announce that we have decided to conduct a random drawing and are awarding two $500 scholarships. Congratulations to Daniel Sarzynski of Elmwood Park HS and Gianna D’Amato of Hawthorne Christian Academy.

Sporting a grade point average of 94.5, Daniel is ranked Ranked #3 out of 176 in his senior class at Elmwood Park.

Daniel played soccer all 4 years for the Crusaders and the was on their varsity team the last 2 seasons He was selected  2nd Team All- Colonial Division for the 2019-2020 season.

“His dedication and hard work makes him an MVP soccer player!”

Gianna D’Amato is the Hawthorne Christian Academy Class of 2020 Valedictorian !

Gianna was selected the HCA “Female Athlete of the Year” her Sophomore, Junior and Senior years. She is the Passaic County Coaches Association Student-Athlete of the Year honoree from Hawthorne Christian Academy for 2020. A four year Varsity starter for Girls Soccer, Gianna will be attending Grove City College in Pennsylvania in the fall and will be on the Women’s Soccer Team.

Here are a few words from her HCA Soccer Coach, Melissa Hawthorne who coached her all four years:

“From G’s speed of play to her humble and courageous attitude, Gianna D’Amato has been a joy to coach for the past 4 years.  Her decision making both on and off the field are a great testimony to her character and future potential; not only as a college soccer player but as a person. G will be extremely difficult to replace after the impact she has had on our program but as a coach I am so excited to see what she does next” 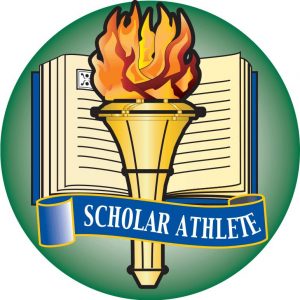 who made these scholarships possible: