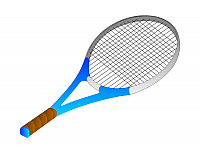 With an NJIC-Patriot record of 6-0, Park Ridge is on the verge of its first league title since 2012. The Owls brought back the same lineup from last year and have earned victories over league powers Cresskill and Saddle River Day along the way.

Coach Muhammad Awais said his girls “put in the extra time and effort in the off-season and have played extremely well.”

“We had a feeling we’d be right up there in our league,” Awais said. “We’ve had some breaks go our way. Matches that didn’t go our way last year went our way this year.

“Winning a title would mean a lot to the girls.”

During her four years, Kim has been the only Scarlet who plays tennis outside of high school. As such, coach Ben Aufiero said she’s been a great role model for her teammates.

Ridgefield will graduate another terrific senior next spring in Liz Garcia, who played second singles this fall and has 29 career singles wins.

Sofia Lee grew up in Argentina where she played mostly on clay courts. The Cresskill senior says the ball bounces higher on the hard court, comes at you faster and gives you less time to react. That said, Lee prefers the hard courts for another reason.

“It’s less messy,” Lee said. “When you play on clay, it’s always coming up and getting all over your legs. Plus you always have to clean up the lines because the clay covers them up.”

With five wins already in the books, Saddle Brook is on its way to its best season since 2011 when it posted a 9-5 mark. Coach Valerie Militello gives much of the credit to senior captains Sabrina Sanchez and Gianna D’Alessandro, who gathered their teammates for several practices each week during the off-season.

Sanchez and her classmate Sofie Alegado have teamed up at first doubles and are 5-5.

New kid on the court

Victoria Nowobilska played third- and second-singles in her first two seasons at Garfield and recorded just a handful of wins.

This fall, the Boilermaker junior showed up looking like a completely different player and has posted a 6-4 mark. She’s been training at a local racket club where she improved her serve and added a drop shot and slice to her arsenal.

“It was definitely a nice surprise,” Douglas Fede said of her improvement. “She seemed to mature and understand the strategy of the game better … the right shots to win points. Victoria worked really hard over the summer and her extra effort is paying off.

Others contributing to the Boilermakers’ success this season include seniors Lauren Quintana and Melanie Reynoso.