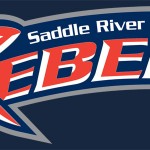 WEST WINDSOR – Daniel Wright has been playing tennis long enough to know that it’s easy to talk about taking a game plan into a match. The key is how well you carry it out.     The Saddle River Day senior executed his to perfection Tuesday, playing consistently and keeping the ball in play to down Bergen County rival Freddie Zaretsky of Fair Lawn and advance to the semifinals of the state boys singles championships.     “I was returning the ball very well, which is important against a player like Freddie,” Wright said after Zaretsky was disqualified for arguing calls with the match official with Wright up a set and leading, 3-2, in the second. “The way I played today, I felt like I came down here with a game plan and I executed it.”