The idea has taken off ever since Becton superintendent Dr. Dario Sforza opened his email a few weeks ago. A Becton parent found out about the movement from a relative in Missouri and inspired Sforza to bring it to New Jersey. He then reached out to other administrators in the area and even got the NJSIAA to take notice.

“I think the lights will light up most of the town,” said Waldwick principal Kevin Carroll.

“There’s a possibility that we will get not only every high school in Bergen County, but as many around the state as possible,” Sforza said. “It’s been such a heartwarming tribute to our senior class.”

Sforza was ahead of the game when he lit up the skies in East Rutherford on April 17. Since then, a number of seniors have driven to Riggin Field on Fridays – all while practicing social distancing.

The Becton school district has been devastated by COVID-19, including the loss of staff member Javiera “Javi” Rodriguez, but Sforza has also seen the community come together. A Becton relief fund has raised thousands of dollars for families affected by the pandemic.

This senior class, at the very least for Becton, but also all over Bergen County and the nation, have some of the most resilient young men and women that I’ve ever met,” Sforza said.

“For them to be able to go through something like this and come out stronger than ever before, they’ll be able to deal with any obstacle that life throws at them. For them to remain positive during such a tragic national crisis is really going to set them apart.”

a BRIGHTER place. We will assist 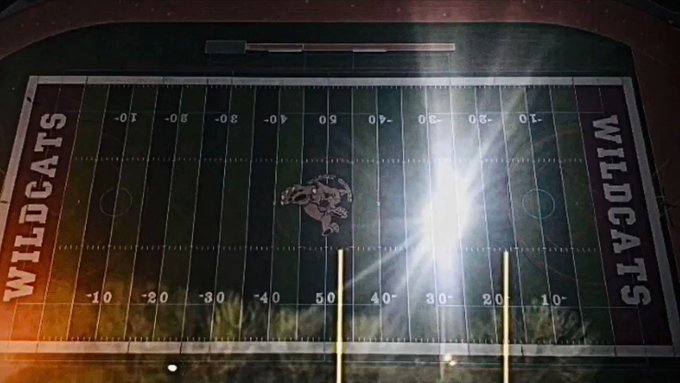 The #BeTheLight initiative in New Milford will be a bit different.

New Milford has old-school lights that still need to be switched on by hand.

Ricciardelli was hoping to shine the lights every Friday, and not just to recognize the 2020 senior class, but everyone who has fought in the battle against COVID-19. He wants to honor multiple groups in New Milford, including teachers, first responders and medical care workers.

He will have to physically flip the switch, but it’s a small gesture to acknowledge the big efforts made by so many.

“I don’t want anyone to be forgotten,” Ricciardelli said.

“We have all lost someone close to us. There are people in our town who have done incredible things for people who have been sick. This is a small way of showing everyone we appreciate them as a part of New Milford and Bergen County and part of the state.”

Sean Farrell is a high school sports reporter for NorthJersey.com. For full access to live scores, breaking news and analysis from our Varsity Aces team, subscribe today. To get breaking news directly to your inbox, sign up for our newsletter and download our app