Baseball: Around the NJIC 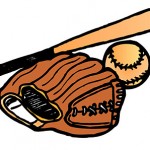 * Keep an eye on Lodi senior John Calabrese. He’s 1-1 with a save and an 0.82 ERA. He also has 13 strikeouts and just three walks in 17 innings (three appearances).

* Junior 2B Julian Mis has driven in six runs in five games for Rutherford.

* St. Mary opened the season with six straight wins, and senior 1B Nazier McIlwain has been a key contributor. He has 15 hits in his first 21 at-bats, including four doubles.

* Junior C David Mann had a huge week for Waldwick. He had 10 hits in 14 at-bats, including four doubles, and produced five RBI, five stolen bases and six runs. He also threw out six attempting to steal.