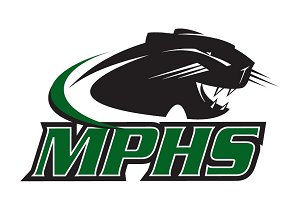 The four-year varsity regular made a free throw with 2:10 left in the third quarter to surpass Rebecca Rabeiro (MPHS Class of 2014), who scored 1,584 points for the Panther girls team. The game was stopped briefly to recognize the accomplishment.