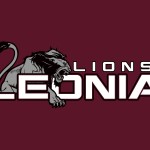 Best assets: The Lions graduated three starters from last season’s sectional finalists, but return experience down the middle of the field.

Forwards Gino Zacarias and Yung Jin Kim, center midfielder Chris D’Angelo and center back Chris Lombardo have the ability to put the ball in the net while keeping their net clear.

Anthony Cassano and Alexander Cintron return after seeing significant time in the net last season, giving Leonia hope that it again can battle for division and section titles.

After a couple of years of small turnouts, the Lions may have five fewer players to rotate into the game than they did last season. Strohmeyer also has had to move some of his players around to fill other spots, particularly the hole left by the graduation of top defensive midfielder Kevin Zacarias.