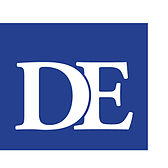 Old Tappan – To coach Eric Delaney of Northern Valley Regional at Old Tappan, the biggest difference between teams like Dwight-Englewood and his team comes down to the differences in match experience, which allows some teams to execute better strategies on the court.

“It’s about executing a game plan,” Delaney said, following the 5-0 loss to Dwight-Englewood April 27. “You have to be on a certain level to be able to do that. It shows them (his team) that it’s a different level of tennis but they can learn from this. You learn if you don’t move your feet, set up your shots and hit targets with good teams that’s where you see the difference.”

Experience proved to be the difference, as the more-seasoned and battle-tested Dwight-Englewood squad defeated Old Tappan soundly but the Golden Knights battled to stay in points to the best of their abilities.

“We have a lot of good matches under our belt,” said Dwight-Englewood coach Joe Iwanski.