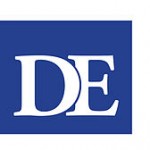 MAHWAH — Daniel Nuzhny should be playing tennis in Beverly Hills.

The Dwight-Englewood freshman with the cool red hat and shades, and even cooler demeanor, strutted his way into the first singles semifinals at Saturday’s opening day of the Bergen County small schools tournament at Ramapo College.

On Saturday, the Bulldogs’ smallish player was as cool as a cucumber as he powered his way past Pascack Hills’ Dimitri Chepkunov in the quarterfinals, 6-2, 6-0.

Dwight-Englewood already has played a host of fellow state powers this spring and Nuzhny said the experience has been huge.