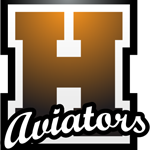 By JIM McCONVILLE
SPECIAL TO THE RECORD

HASBROUCK HEIGHTS – After a 1-2 start, Hasbrouck Heights came into Friday night knowing that its season was on the line against North Arlington. The Aviators found themselves struggling on offense, with fumbles making them their own worst enemy.

To complicate matters, starting quarterback Matt Faussette went out in the second quarter after taking a hit to the ribs. It was another injury to an already short-handed roster.

Instead of giving in, the Aviators used a gutsy play from backup quarterback Frank Quatrone and a big running effort from Brian Moran to pull away from North Arlington in the second half en route to a 35-0 victory.

The result left the Aviators feeling good about themselves.

“At this point we needed a win, no doubt,” Heights coach Nick Delcalzo said.

“Trying to come back from 1-3 would have been a tough hill to climb.’’

Hasbrouck Heights fumbled the ball away twice inside the Vikings’ 20-yard line in the second quarter, leaving only a 36-yard touchdown run by Moran on the scoreboard. There were a couple of other fumbles that Heights was fortunate not to lose.

“We have to do a much better job of holding on to the ball,” Delcalzo said. “We make it too hard for ourselves.”