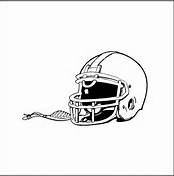 Even though the game is six months away, Mike Coyne said New Milford students were already chirping at him on Twitter.

Coyne, a special education teacher at New Milford High School, was named the head football coach at Palisades Park/Leonia on Wednesday night. The two schools are scheduled to play each other in the season opener in 2015.

“My answer back to the kids was, ‘Don’t use your phone in school,’” Coyne said.

The 35-year-old is a Lyndhurst native who played at St. Mary and St. Peter’s College. He began his coaching career at his alma mater, coaching the Gaels’ freshman team under Mike Sheridan. He moved up the ladder and was the Gaels’ defensive coordinator when they won a state title in 2006.

Coyne then worked at New Milford for several years before going back to St. Mary in 2011. He has extensive experience coaching both sides of the ball.