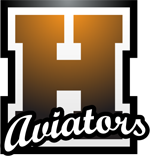 Sunday, May 26
BY  ED MILLS
STAFF WRITER – The Record

RANDOLPH – Jillian DiGiacinto of Hasbrouck Heights wanted to stick up for her older sister. In the process, she helped the Aviators win a team title at the North 1, Group 1 state girls track and field championships Saturday.

In a thrilling back-and-forth 800-meter race, freshman DiGiacinto edged Pequannock’s Carly Hausleben for the gold with a 2:29.37 clocking. Hausleben took the silver in 2:29.65 and junior Jenna DiGiacinto was third in 2:30.93.

“We [Jillian and Jenna] had been first and second for most of the race but then the Pequannock girl got in front of us about 100 meters from the finish,” said Jillian DiGiacinto. “I knew my sister wasn’t having her best day, but if it came down to me or the Pequannock girl she would want me to come out ahead. So I got some extra energy and burst through the last 50 meters or so and it was enough. I’m happy one of us won the gold.”

Jillian DiGiacinto, who tripled by also posting victories in the 400-meter run and the 400 hurdles at the two-day meet at Randolph High School’s John J. Bauer Memorial Field, sparked the Aviators to a 102-93.33 victory over Pequannock. As the top two teams in their section, both schools qualify for the state Group 1 finals this weekend at Egg Harbor Township.

Lisa Sesink-Clee doubled for Holy Angels, winning the javelin in 133-2 and the shot put in 38-1 in North Non-Public A. Also in the North Non-Public A section, Paramus Catholic’s Tatiyanna Sanders won the long jump in 16-10.