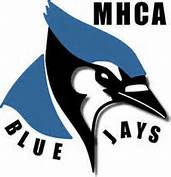 HALEDON – For the Mary Help of Christians Academy High School girls lacrosse squad, it was baby steps in its early years as a varsity program.     The Lady Blue Jays played in their second year this season as a varsity program.     While the wins are few and  far between, the North Haledon non-public school is taking steps to build a program in a sport where there are several schools that have had the sports for several years.     For 2014, Mary Help was 1-16, but the one win was a big one, 12-3, over non-public rival and larger school, DePaul.     “They were very happy in defeating another Catholic school which is their rival,” said Mary Help head coach Shaila Camilo, who is also the school’s head volleyball coach.