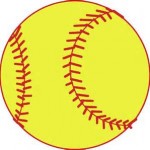 Nine different times Piening took the mound and didn’t allow a single run. In the biggest game of the season — the Non-Public B final against St. Joseph (Hamm.), the ace went seven strong innings, striking out nine will allowing just four hits as the Blue Wolves won their third straight state title.

Piening was one of the best pitchers in the state this season, earning Third Team All-State honors. With her in the circle next season, Lodi Immaculate could be a favorite to be the No. 1 team in the NJ.com Top 20.

TEAM OF THE YEAR: Lodi Immaculate entered the season as the heavy favorite in Non-Public B and contender to take the top spot in the NJ.com Top 20. While they never got the No. 1 ranking, they did win their third straight title while going 22-5.

The Blue Wolves bounced back from some rough losses to finish the season on a 13-game winning streak, not losing after falling to Bergen County Tourmament champion Northern Highlands in the tournament quarterfinals. Sarah Piening was dominant on the mound while Ashley Cantone, Gabby Fredette, Lea Georgatos, Samantha Krakower, Andee Lupica and Gabby Slade were all big contributors at the plate.

COACH OF THE YEAR: In just his second year as the team’s coach, Jack Casimiro led Ridefield to its first ever sectional title, topping Brearley on May 29 for the North Jersey, Section 1, Group 1 crown. Days later, the Royals fought before falling to eventual Group 1 champion Cedar Grove in the state semifinals. The Royals finished with a 23-7 record. With Casimiro leading the way, a winning culture has been established in Ridgefield.