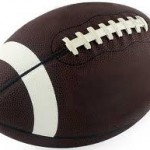 McElroy caught a 19-yard touchdown pass from junior quarterback Justice Witowski to give the Knights (4-3) a 7-0 first-quarter lead over Pompton Lakes, No. 25 in The Record football Top 25. He also had 12 tackles and two interceptions as the Knights picked up their first shutout since 2010.

New Milford sealed the win in the fourth quarter on a 2-yard touchdown run by Jason Liska. Saturday’s loss marked the first time Pompton Lakes, winner of the past three North 1, Group 1 titles, was shut out since 2009.

ST. MARY 41, BOGOTA 0 (at Bogota): Senior running back Keon Banks had another big game as the No. 13 Gaels won their seventh straight and clinched the NJIC’s Patriot Division title.

Banks carried 22 times for 203 yards and three touchdowns, and added an interception on defense. Senior tailback Kevin Woupes caught three passes for 50 yards and a touchdown and made five tackles on defense.

WALDWICK/MIDLAND PARK 50, MANCHESTER 6 (at North Haledon): Senior running back Tyree Lee was the catalyst as the No. 8-ranked Warriors stretched their winning streak to seven games in Colonial Division action.

Lee had 212 all-purpose yards. He caught two touchdown passes and scored on a 71-yard run.