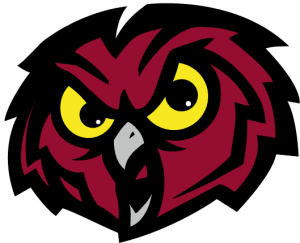 Park Ridge has been knocking on the door at the Bergen County Jack Yockers Relays with four second- or third-place finishes since 2006. But the Owls broke the door in Saturday, scoring 100 points and easily winning their first championship of any kind at the 51-year-old meet, defeating Bogota to win the D Division title.

“I’m thrilled because the whole team contributed to the victory,” said Connie Washnik, who has been the head coach since 1995. “We’ve have great leadership from our seniors, our junior class had a hand in nearly all of our wins and our sophomores and freshmen were part of a lot of point-scoring teams.”

“Brian’s such a great leader,” said Washnik of Kalafut, who took legs on the winning 4-x-200, 4-x-400 and 4-x-800. “He’s also our best javelin thrower and everything he does reflects well on everyone else on the team.”

Raia had legs on the 4-x-200 and 4-x-400 teams and was also on the winning long jump team. Other double winners included senior Christian Rizo, juniors Leo Tomatsu, Stephen DiVincent and David Dulberg and sophomore Jovanni Nunez. Senior Ryan McIlhargy took a leg on the 4-x-800 team and led Park Ridge to a second in the vault while senior Dan Tis paced the 400 hurdles team.

There were three records set in the C-D Division of the girls meet. Westwood‘s Jessica Molina, Nataly Brown and Kailee Oakes set the shot put record at 101- 1/4, breaking Midland Park‘s record from 2001.

Tania Pabon of Cresskill had the best discus throw of the season (119-0) to help the Cougars break the 25-year-old record set by Westwood as she combined with Alexis Roos, and Catherine Helewa for a 293-6 total. The Hasbrouck Heights trio of Danielle Cannici, Maggie Filja and Kristen DelCalzo set the pole vault record of 25 feet, breaking the record set by Cresskill in 2010.