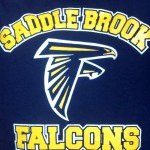 SADDLE BROOK 5, RARITAN 3: Junior Taryn DiGiacomo scattered seven hits, striking out five and walking two to lead the No. 10 Falcons (5-1) past the Rockets (3-3).

DiGiacomo threw her first complete game of the season, after suffering a right quad injury during a trip to Florida a few weeks ago. She had pitched four innings, then five earlier this week in building up to going the route. “My team really did a great job backing me up,” DiGiacomo said. “They put some runs up on the board early and then my defense really came through for me in the later innings, especially Darian Kraeuter with some big plays at first base.”